The Tay Ferries in the 19th Century

The Tay Bridge Disaster is rightly remembered as the most terrible event associated with the crossing between Angus and Fife, but there were other dreadful losses of life associated with this crossing in the 19th century before the rail bridge was constructed.  In 1815, 17 people lost their lives in a ferry accident in the Tay between the two counties.

According to contemporary reporting:

The melancholy catastrophe which occurred on the Tay on that fatal Sunday morning caused a great sensation in Dundee and Newport. The various congregations in town were assembling for the forenoon service when the news reached the shore. The sad tale spread rapidly throughout the town, and a general rush was made to the Craig Pier to learn particulars of the disaster. The churches in Dundee were almost deserted that forenoon...Widespread sympathy was expressed all over the country for those who had been bereaved by this lamentable accident, and liberal subscriptions were raised for their relief. A public meeting was held 40 in the Exchange Coffee Room, Dundee, on 28th June, at which Mr. David Jobson presided, for the purpose of setting on foot a public subscription for the relief of the bereaved families, and also to take steps to inquire into the causes of the accident. On the motion of Captain Blair, a committee was appointed to collect subscriptions for the relief of the sufferers.

At that time, there were 25 boats active on the passage and most of the crews comprised old and infirm men and young, inexperienced boys. Around 100 men worked on the boats.  Much drunkenness and disorder is said to have prevailed among the crews and there was absolutely no supervision of the crossing.  For instance, when passengers reached the point of departure on either side, they either had to hire a whole boat (which might be very expensive if there were only a few on them), or hang around until a sufficient number gathered to make a boatful.  Most of the information below derives from an article included in the Edinburgh Philosophical Journal in 1825, written by Captain Basin Hall. 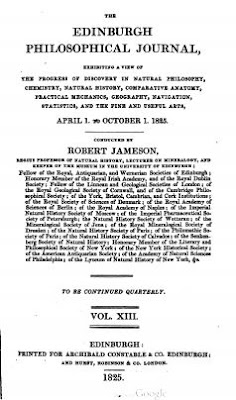 The new crossing arrangement was a success, albeit there was a period when the Fife departure point was Woodhaven, which was soon changed to the more convenient Newport.

Two years later, the counties of Fife and Forfar jointly formed appointed a committee to examine the operation of the ferry and formulate improvements. It was found that the profit from the ferry operation should be sufficient to fund a decent and safe service. Among the measures taken was reducing the number of boats on the crossing from 28 to a more manageable 8. Better crews were installed and it was ensured all equipment was upgraded. Times were regulated too for the services and improvements made to the landing areas on either side.


The following details are summarised from the written account of Captain Hall. He tells is that, in 1819, an Act of Parliament was passed for erecting piers and regulating the passage across the Tay. ('

'An Act for erecting, improving, regulating, and maintaining ferries and passages across the River Tay in the counties of Fife and Forfar'.) The Tay Ferries Trust was instituted and hereditary rights relating to the ferry were transferred from the previous feudal superior Lord Douglas.

Local discussions around this time included the question of whether a steam boat should be employed on the passage. It was agreed to trial such a vessel, though it did not come into service until 1821.
The new vessels' crews consisted of a coxswain or captain, an engineer, five sailors, plus a fireman. The terms of the Act, t decreed that the Trustees had to operate two ferries, so they again applied to Parliament and obtained a new Act, constituting Newport the only Ferry station. The old pier at Woodhaven was therefore abandoned, but its owner, Mr. Stewart of St Fort, received a sum of money as compensation for the loss of the revenue derived from the Ferry.

The ferry was thriving at the time when Captain Hall wrote his account. Two steam boats regularly plied between the two counties, but only one was regularly in service. This changed during harvest time when there was a great movement of seasonal agricultural workers travelling through east Scotland and also when drovers had to move their herds of cattle across country. Around 90 cattle could be comfortably accommodated in the vessels at one time.

Captain Hall informs us that:

The utmost attention is paid to the hours of departure. Three minutes before the town clock of Dundee strikes the hour, a bell is rung on board the boat; and the instant the hour is told, the paddle-wheel begins to move, and the vessel to glide from the pier. In like manner, when the half hour strikes at Newport, she quits the opposite pier; and so on from sunrise to sun-set; her crossings and recrossings never being interrupted. To ensure the constancy of this essential, but very difficult point, an able and active superintendant has been appointed, with a handsome salary, and a house on the spot: His exclusive business is to arrange the whole details of the passage, and to prevent all unnecessary delays.

A collector also is appointed, a gentleman who, in like manner, resides constantly on the spot, and attends exclusively to the money department. In consequence of the vigilance of these two officers, acting under the judicious regulations which the trustees have from time to time established, it is most worthy of remark, that, however great the crowd of cattle, carriages, or passengers may be, not the least delay or confusion ever arises, either at the embarkation or relanding. On board the boat the system is equally perfect: there is a coxswain, an engineer, five seamen and a fireman. Long practice has given to those people so exact a knowledge of the power which is in their hands, that this huge and apparently unwieldy boat, is moved about with a celerity and precision altogether astonishing. To a stranger, however much accustomed he may have been to the wonders of machinery elsewhere, the effect is truly magical. The steam-boat, or, more properly, this great double raft, is discovered advancing at the rate of seven or eight miles an hour, directly for the shore, threading her way like a little skiff amongst the vessels lying in her way. In a few seconds she arrives, still at full speed, close to the shore. In the next instant she is arrested, by a touch of the engineer's hand, as suddenly as if she had struck upon a rock; and is placed, by the sole instrumentality of her invisible machinery, close by the side of the pier, with as much accuracy as if she were in a dock, and as much gentleness as if, instead of being made of stout oak and iron, she were formed of glass. In a moment, two great folding gangways are lowered down, and her side being thusthrown open, cattle, horses, passengers, all walk out, and find themselves on land, with scarcely any circumstance having occurred to indicate they had been on the water.


He further described the great benefit of the new improved ferry service in glowing terms:

The public, in point of fact, derive the whole benefit arising from it, as the fares for crossing goods and passengers have in no case been raised, although the facilities of the ferry have been immeasurably increased, not only as to the traffic which formerly occupied the passage, but in the certain conveyance of cattle, sheep and horses, the transport of which was heretofore almost unknown. Thus, these great improvements have at last virtually united two great districts of the country, by converting into an easy and sure communication that barrier, which, in less enlightened times,it might have been said, Nature had interposed in order to keep them separate. Such is a very general account of the greatest ferry probably in the kingdom, if the number of passengers and the amount of traffic of all kinds be a just measure of its importance.


The greatest expense in the new, improved service across the Tay was the provision of new low-water piers on both sides, which together cost around £17,000.


The first steamer on the ferry service was the Perth built ‘Union’, launched in 1821. The second vessel, 'George IV.', came into service in 1823. But the latter came to grief in February 1824 when it was discovered to be on fire. To save it from utter wreck it was scuttled and sunk. But it was later repaired and the boat went back into service until 1840. The 'Union' was superseded by the 'Tayfield' in 1836. Later vessels in the 19th century included the ‘Princess Royal’, the ‘Forfarshire’ and ‘Fifeshire’. 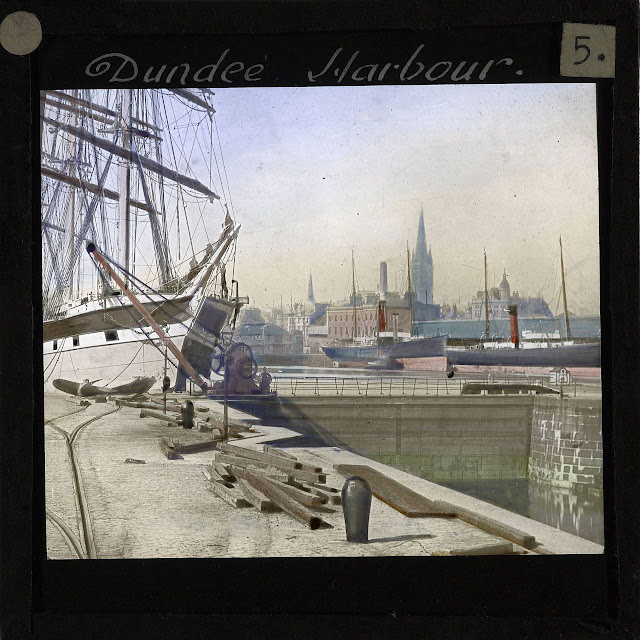 * Some additional information from: